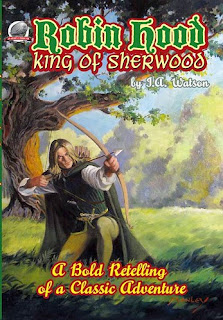 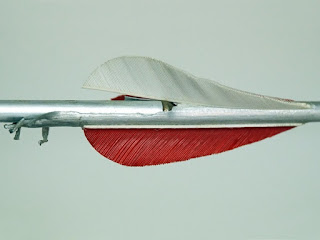 Robin Hood Robin Hood by Francis James Child  myth-folklore-unit-ballads-of-robin-hood.html Robin Hood was 15 years old and he was very courageous and bold. One day he went into Nottingham. Robin Hood bet a man that he could hit the mark of hundredth rod and cause the hart to dye. So that is what he did. He took the bow and aimed it at the hundred dye and cause the hart to dye. The hart layer in the ground and Robin Hood said that he earned the thousand pounds. Robin Hood  aimed his bow at many forresters. He hit some in the leg, and some in the arm, and some bled out. And the twin carried them back and barrier them. When Robin Hood was 20 years old he met a young man named little John. Contrary to his name Little John was actually very tall and big. Robin Hood planned to go in the forest and told John that if he blows his whistle he was in trouble. Robin Hood approached a stranger and told him about his skills using his bow. The man called Robin Hood a coward and said they should figh
Post a Comment
Read more 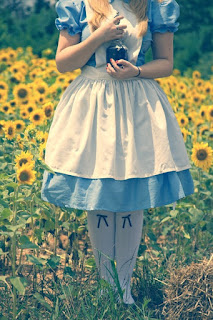 Alice in Wonderland  Bibliography: Alice in Wonderland by Lewis Carroll  myth-folklore-unit-alice-in-wonderland.html One day Alice was siting outside of her sisters workplace and she was very bored. She began to get very very tired and started to doze off. But before she could completely fall asleep she saw a rabbit running by. He was wearing a coat and then pulled a clock out of his jacket to check the time. Alice was very confused and curious to see what the rabbit was doing. She had never seen a rabbit do this before. She was so curious that she began to follow the rabbit. The rabbit went down into a rabbit hole. So she followed him into this hole. She started to fall and realized that she was falling for a very long time. When she was falling she saw many of objects. She saw a closet, some maps and paintings, and different types of foods. She was falling for what felt like an hour until she finally hit the ground. To her surprise she felt completely fine. She looked around to see w
2 comments
Read more 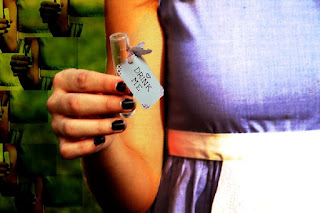 Alice in Wonderland  Bibliography: Alice in Wonderland by Lewis Carroll  myth-folklore-unit-alice-in-wonderland.html Alice came across a table where a March Hare and Hatter were having tea at. There was also a Dormouse that they used as an arm rest. The table was very large but they all sat in one corner. They told Alice to drink some wine. But Alice couldn't find the wine and asked and they said there was no wine. They started  to ask Alice riddles which she was pleased with. They started to confuse themselves with the riddles and got quiet. Then the Hatter asked what day of the month is it? Alice answered that it was the fourth. And the Hatter said that is was two days wrong. The March Hare took the watch and dipped it in the cup of tea to see if it would change but it didn't. The Hatter asked if Alice knew the answer to the riddle yet but she could not guess so she asked for the answer. But they admitted that they didn't know the answer to it either. Then they started to
Post a Comment
Read more 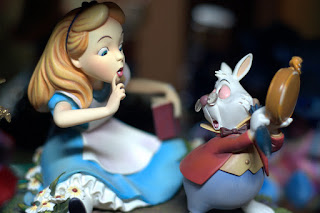 Alice in Wonderland  Bibliography: Alice in Wonderland by Lewis Carroll  myth-folklore-unit-alice-in-wonderland.html Alice was sitting outside and beginning to get very tired. Then suddenly she saw a white rabbit go by her. She heard the rabbit say it was late and then pull a  clock out of its coat. Alice became very curious so she started to follow him down a rabbit hole. When she was falling down the well she saw plenty of things, a bookshelf, jam, maps, etc. She kept falling until eventually she hit sticks and leaves. She was not hurt though. She then saw the rabbit and started to follow him again. She followed them to a long hall. There were many doors that were locked. She came across a table and it had a key on it that opened a small door.  The door was so small that she could not get through it. But she found a small thing that said drink me. The drinks causes her to shrink. Btu she remembered she the key was on the table and she couldn't reach it. Then she came across a cak
Post a Comment
Read more 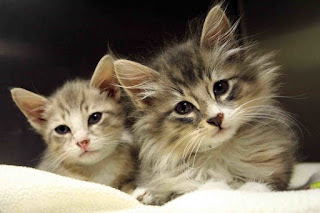 Native American Marriage Tales Bibliography: Native American Marriage Tales by Stith Thompson  marriage-dog-husband.html There was a women who owned a cat. This cat was her best friend they were together all day. During the night the cat would turn into a human and come into her bed to keep her company. One day the girl woke up and realized she was pregnant. The family knew it was from the cat and they were ashamed at the situation. So they killed the cat and left the girl to fend for herself. They did this because they thought she would not make it on her own. But the girl learned many things and survived on her own. She had the kittens and kept them fed. There were three boys and two girls. She wanted them to be human so that they could help her out so she burned the blanket that had the cats on it and they were forever human. Once they got old enough the mother taught the boys to hunt. So the boys would go out and get animals for them to eat. The girls were taught to go out and col
5 comments
Read more 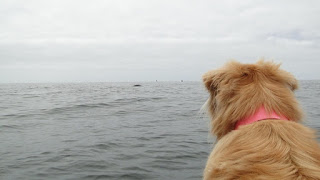 Native American Marriage Tales Bibliography: Native American Marriage Tales by Stith Thompson  marriage-dog-husband.html There was a girl in a village who owned a dog, she loved her dog so much. Every night her dog would change into human form and lay with the girl and then before daylight he would change back into a dog. The girl got pregnant and the family realized that it was because of the dog. The family was so ashamed they burned down their home with the girl inside. The crow felt bad for the girl and told her to hide out during the fire, so she did. She lived and had five dog puppies but had to care for them herself because her dog lover was killed. The mother would go out and get clams for the dogs to eat because it was the only way they could live. One day when she was collecting clams she heard a bunch of noise coming from the hut they lived in. So she pretended to keep getting clams while sneaking up ti see what they were doing. When she came up the dogs turned into human f
Post a Comment
Read more
More posts